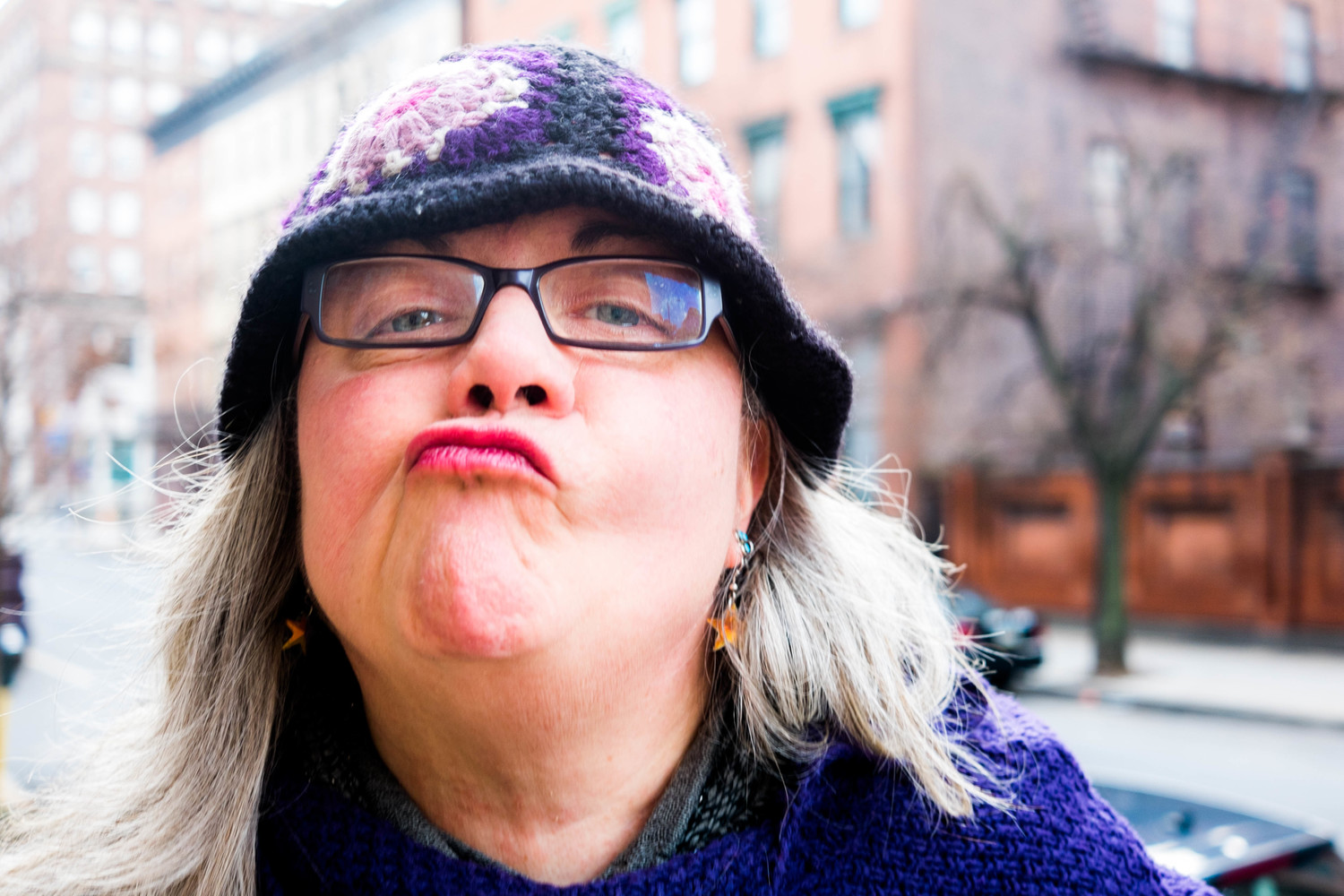 Kimberley wears nouns like the Queen wears hats. Writer, teacher, producer, manager, mentor, student, tech. Her work has been performed on stages dozens of times. She was the masterful writer behind Stillpointe Theatre Initiative's "The Return of the 5th Sister," and has returned with "The Benefactor," playing at your local Stillpointe theatre this week. She is the Arts and Theatre Manager at the University of Baltimore, where she also teaches everything from performance monologue to Irish culture. You can find her novel Dredging the Choptank, and her collection of short stories, Something with a Crust, in your local bookstore.

HBP: Have you always been a writer?

KL: I’ve been writing since I was nine, and I’ve been in theater since I was 12. Somewhere around thirty, I started realizing that most of my poems were conversations. Why hadn’t I written a play? So, I wrote a play, and it was produced.

I had stopped writing for a while. I started again when I was in Texas. Because I was in Texas. What else are you going to? I followed a man to Texas in my late twenties, and it was like a crucible, so I started writing again. I haven’t stopped since then. I now understand, from also having writer friends, that writers take breaks. Just like theater people — everyone takes breaks.

HBP: How many of your written pieces have been put on stage?

KL: It depends on how you count them, but it’s over thirty. There are some that have been produced a couple of times, so I never know if I should count them.

HBP: How did the first one feel? When did it happen?

KL: The first one happened when I was thirty. I wrote a backstage story about the Pirandello problem, about him actually believing that he is his character. He ends up going off the deep end. A lot of that was based on my experience in the Shakespeare theatre, where I was the head of the props shop. In the eighties! When I came out of school, I was taking techie jobs, because they were the only ones being offered to me.

[The piece was called] Brief Candle. It was astounding, and I’ve seen this in my students when they first see their work manifested off the page. Since you have been listening to it in your head, it's in your own voice. That's why I feel like, though I’ve written in other forms, I am a playwright first. I’ve written a short story, I’ve written a novel. I write it to a certain point, and then I need other people to help me. To see what they contribute to it. It’s amazing.

HBP: I’ve always been awed by the process. It takes a lot of minds to put something on stage.

KL: I love process. Rehearsals are one of my favorite things in the whole world.

HBP: Is process something that helps as a writer?

HBP: Tell me about your writing process.

KL: My writing process is changeable. It depends upon the piece. I quite often have more than one piece happening at the same time, and I think they feed each other. Right now I have a lot going on. It’s to the point where it’s almost too much.

But what is too much?

Right now, I’ve got The Benefactor going on. I’m teaching two courses in the spring, so I’m writing those syllabi — they’re pretty much done. I’m writing a play for Pumpkin Theatre, and that audience is six years old.

HBP: Is it more complicated to write for children?

KL: It’s hard to write for children. It is. I mean, they’re six. It’s amazing what they do know, but when I write for children, I’m also writing for the people who brought them there. The children don’t drive themselves.

I’ve gotten compliments on the stuff I’ve written for Pumpkin. It’s like the Pixar/Warner Brothers style thing, so it’s a little bit for the adults, with a lot of the references going over the children’s heads.

So there is that, and I’ve been asked to write a screenplay version of [a story from] my short story collection. That’s been nutty!

HBP: Did you think that it would ever get translated into a screen play when you wrote it?

KL: I guess, maybe. I don’t know. The short story collection was my thesis, and most of them I had written in grad school. That story was the oldest one in the collection. I guess it was always a short story.

It’s a great exercise. This guy, he asked me to put it into horror. Not only was I changing form, but I was changing genre. It’s nutty. The characters were furious with me for a while. They were really angry. They were like: “What are you doing, what’s the matter with you!?”

HBP: So you’re paid both as a writer and as a professor?

KL: Paid as an adjunct. I get some stipends for writing. There are copies of my novel and my short story collection in a few small book stores downtown. 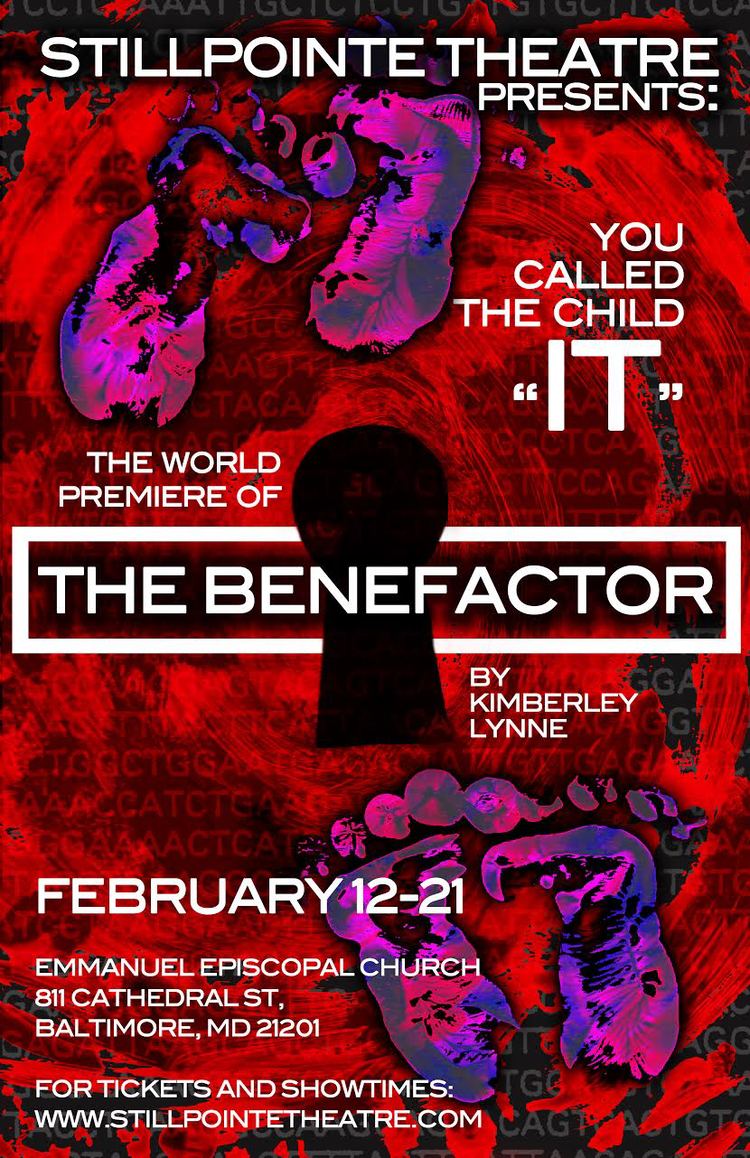 HBP: Sounds like you’ve had relative success with your writing career.

KL: I have, but I would really love to just do that, and to do that I really need to sell more. So it’s a constant struggle.

It’s a struggle that all artists have, between marketing themselves and the creative process. There are not a lot of us who have brains that can do both. It’s hard to market, and I’ve had to force myself to do it.

HBP: Does screen or playwriting make any money?

I mean, he wrote The Princess Bride, Marathon Man, Butch Cassidy and the Sundance Kid — he was a genius. He worked through that system, and it was a nightmare. There are actually clauses in the writer’s contract that says you can’t go to parties. [She bursts out laughing]. You can’t be on set, and I would want to watch it. If they really wanted me, they would have to work with me. I’d have to sit in the back and keep my mouth shut. Usually the writer isn’t allowed.

HBP: So you’re translating your piece into a screenplay and handing it off?

HBP: And they can change it however they want?

KL: Sure. But, I also want screen credit. So I get the “based on a short story or idea by Kimberly Lynne. I don’t know. We’ll see what happens.

HBP: What is the hardest part of being a writer?

KL: [It would help to] believe in myself more. I was at a Shakespeare festival, and I asked this amazing woman… She had started a public theater with her husband, and I asked her: “How did you raise all that money? How did you pitch it?”

She said: “We believed in it.” That’s it. That is some of the best advice I have ever received. If you believe in something then it is easier to sell. That is what I tell myself when I am walking into the book store [to pitch].

HBP: You don’t always believe in your own work?

KL: No, it’s hard to. I do and I don’t. I continue to doubt it. I guess that is probably good, to constantly question my work. That is one of the things I learned from grad school — that I knew absolutely nothing, and that mistakes are my friends. How else can you learn except by mistake? The mistake is the path that is not the right one. You find the way by process of elimination.

HBP: Any advice for people looking for mentors?

KL: There are all sorts of opportunities to find a mentor. I would start by talking to anyone who is doing what you want to do. I’d ask them how they got to that. People love talking about themselves. Like the conversation we’re having right now. Talking about it helps the process.

HBP: Any advice for struggling writers who just can’t get started?

As far as selling it goes, everything is always changing so quickly. There is no longer a stigma attached to self publishing. Everybody can do it. Who thought that was ever going to happen? How we experience art is changing. That should have been in The Benefactor — why wasn’t it? 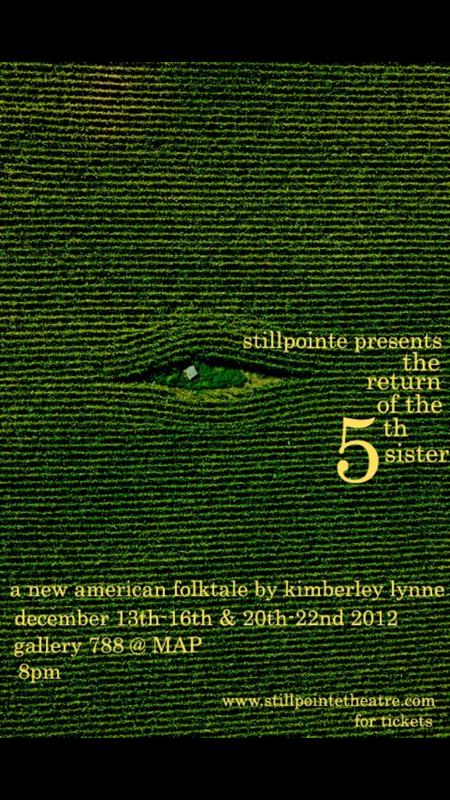 Poster for Lynne's "Return of the 5th Sister," as performed by Stillpointe Theatre Initiative.